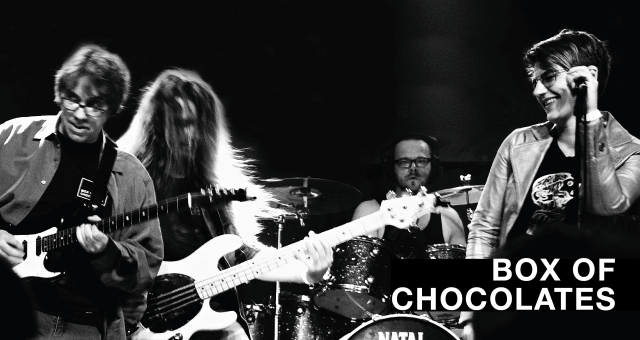 BOX OF CHOCOLATES is a fresh cross-genre band from Berlin with complex songs as colorful as chocolates in a box. The four experienced musicians Eff (voc), Loupoe (g), Pet (b and Lars (d) draw influences from diverse sources as Blues Rock, Seattle grunge, and 90’s trip hop. The connecting link is lead singer Eff’s soprano voice that can sound both clear and strong as well as gentle and intimate running parallels to Kate Bush and Heather Nova.

At Privatclub, the band will present their debut record LIMINAL. The twelve songs describe transitional moments in life, when things cannot stay the way they were. Every song tells a different a story of such a turning point. «Liminal is an in-between state» says Eff. «You’re on the threshold. This is what the album is about and we’re thrilled to take you on this journey with us.»

Being on stage makes all band members childishly happy, and BOX OF CHOCOLATES is known for sharing all the fun with their audience. Expect a dizzying mix of rock, blues, pop, funk, punk, new wave, grunge, and cross-over. To quote Forrest Gump’s mother: «You never know what you’re going to get.» At least you won’t get bored. 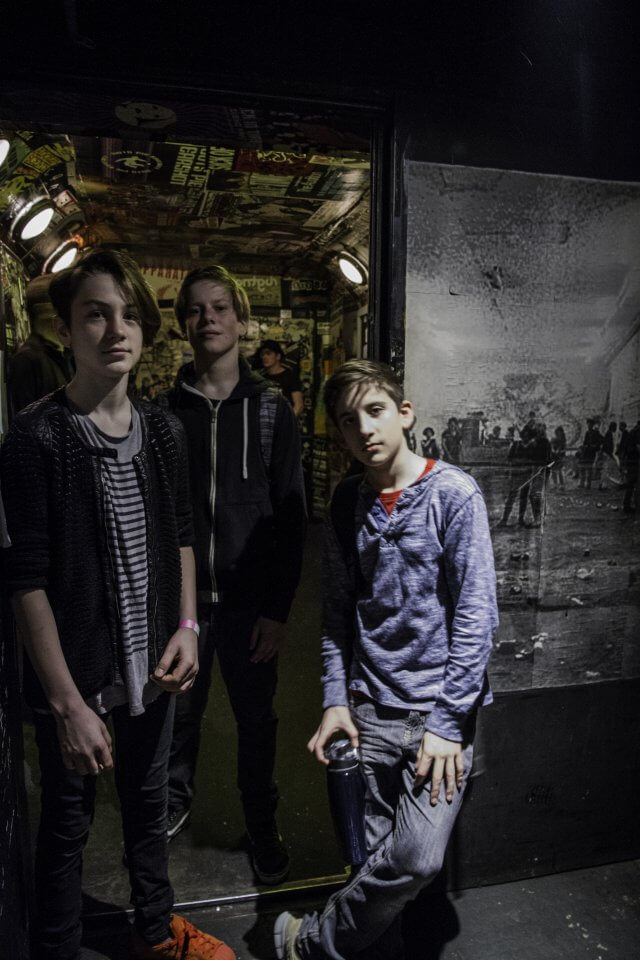 At a combined age of 42, ABC no D are the youngest veterans of the Berlin music scene, having rocked out venues like SO36 and Astra this year and opened Torstraßenfestival in 2015.

In Berlin’s musical Bermuda Triangle of Wedding, Prenzlauer Berg and Mitte, the band mix their musical influences of Punk, Rock and Ska with their Anglo/American/German heritage to arrive at their style.

Nemo (voc/g, 14), Dylan (b, 14) and Liam (d, 13) are in the musical trenches whenever they can, rehearsing, song-writing and honing their stagecraft. The result are mature performances jammed with tunes that leave you in disbelieve these are a bunch of kids who haven’t even started shaving yet.

They’re young. They mean it. They deliver. Catch ABC no D at Privatclub on December 18 and celebrate the release of their first EP with them! It could be an I-was-there-when moment.