Ollie is a hip hop artist based out of a small town near Toronto, ON. He first emerged on the hip hop scene after he dropped out of university, and left his football career behind to pursue what he felt was his true purpose – music. Inspired by a variety of genres such as country, rock and hip hop, Ollie has developed a unique sound that is often compared to artists like Logic and Hopsin. Despite some major setbacks and a car accident that nearly took both his and his brothers lives, Ollie has found ways to tell his story through music, where listeners can find comfort by knowing that they are never alone. Deep, meaningful and real music is what Ollie prides himself on, with the phrase „More Than Music“. With every song he makes, he stays true to those three words, never forgetting how or who got him to where he is today.

After experiencing a life threatening car accident with his brother, Ollie (22) started rapping over self-produced bedroom beats as a form of healing. He started sharing the music online and it connected early with music fans around the globe. His music is a mix of hip hop, pop and R&B and the show is backed by live instruments. 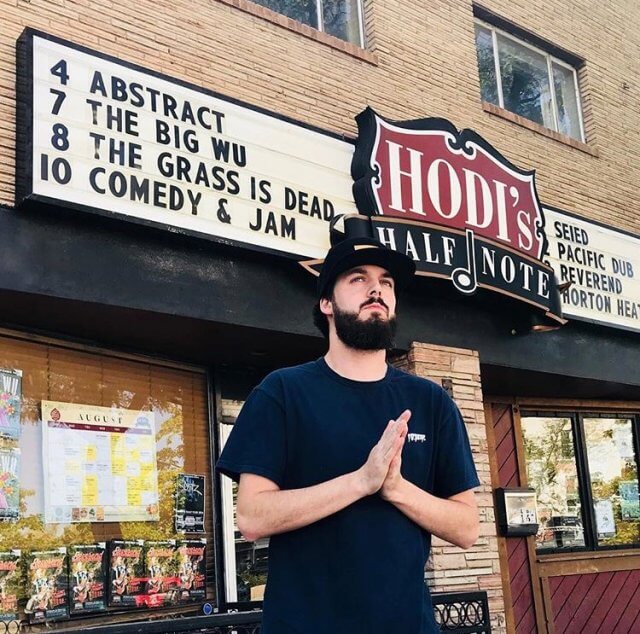 Raised in Jackson, WY, Abstract is known for his immense musical versatility and affinity for providing uplifting music for a turbulent world. With a knack for storytelling, he provides introspective motivation to all who take the time to dive into his work. Notably known for his remix of Ruth Bs Lost Boy “Neverland” which has garnered hundreds of millions of plays on YouTube, his work with Drumma Battalion and Roze, and his 2016 album Something to Write Home About. He heads a collective known as “A Team Worldwide” 5 musicians from 4 different countries. Producers Drumma Battalion of Norway, Blulake of Sweden, Cryo Music of Scotland, and Abstract. He recently completed an overseas tour with New York rapper Yonas, a 22 City headlining tour in the USA, and released a brand new concept album called Super Human. The album is a multimedia experience consisting of a short film he produced, directed and wrote, alongside a 19 song album.