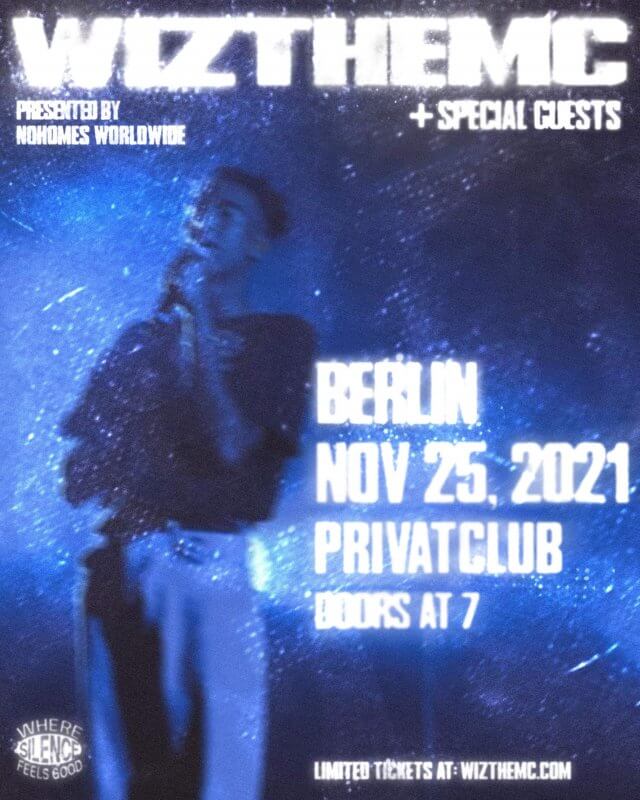 Of all the things a rapper does, flow is the trickiest to describe well. You can talk about rhyme pattern and cadence, tone and delivery—all helpful, but they don’t totally capture the liquid sensation of words arriving with almost supernatural ease, like you’re tapping into the artist’s subconscious and bearing witness to creation in real time. This sublime act is what made WizTheMc realize he had to make music. As a teenager, in bedrooms thick with weed smoke and background video-game chatter, he spent an entire summer with friends rapping over beats ripped from YouTube. He found his voice by flowing in freestyles. “I wasn’t necessarily saying anything in those verses,” he recalls, “but the feeling of improvement of flow was so sick.” He was better than his friends too. He could actually do this.

Derived from Latin, fluent means to be capable of flowing, as in fluid. It means capable of moving with grace and ease. It can be applied specifically to language, too, as in speaking English fluently. It’s the word that befits WizTheMc’s life and artistry. Born in Cape Town but raised in Germany, gifted in multiple languages, willing to move between genres, from reflective hip-hop to the brightest iteration of pop, WizTheMc is fluent.

At 21, WizTheMc is poised to be a global superstar. His latest single, “For a Minute,” was recorded during quarantine and has already been streamed millions of times. Built around an acoustic guitar loop, the self-produced track has a sweetly sung chorus and a rapped verse, encapsulating Wiz’s dynamic sensibility and skillset. “It’s such a vibe that you don’t realize it’s such a sexual song,” Wiz says. The experience gets deeper with repeated plays.

There’s an ease to Wiz’s latest material—he’s in the midst of recording an album right now—that elides the years of grinding and uncertainty that led him here, to a new deal with Elliot Grainge’s 10K Projects and Homemade Projects. Just days after completing high school in Germany, Wiz flew to Toronto, where he knew no one, to immerse himself in the city’s music scene. Though he initially wrote music in German, he realized he wanted to write in English, both because he wanted to reach more listeners and because he loves the possibilities of the language. Toronto seemed like a good bet—not unlike Germans, Canadians are known to be kind, not as imposing as, say, New Yorkers to a stranger. What was meant to be a short stay turned into a six-month-long trip. It made him realize how much opportunity is waiting for you, if you leave your comfort zone. “Being open can be the most important trait,” he says.

In Toronto, he sharpened his production skills and met close collaborators, like the producer and songwriter Jeff Hazin. Hazin is a crucial part of the team in this new chapter of Wiz’s career. His goal now is to showcase his abilities in full. “I want to change how people think about what a rapper can be. I started rapping on Tyga-type beats and now I’m making pop songs and still staying authentic. I want to have a catalogue where any person in the world could find at least one song to connect to on emotional and musical level.”

Hip-hop is the most flexible of genres, the one able to absorb a global array of sounds and styles. It’s only right that Wiz developed his artistry as a rapper. But even within hip-hop, Wiz knows there are certain expectations and poses that persist. “The rap I first got into was super masculine,” he says. He wants his music to reflect his truest feelings and emotions, to write powerful songs about love and heartbreak and intimacy. “I want people to think and live free,” he says, and sees music as a means for people to shake off the narrow-minded expectations shoved at them by tradition.

Wiz is just the right figure for a post-genre world of unbridled expression, a globe-trotting singer-songwriter-rapper who learned how to make music with YouTube, who sees borders as arbitrary lines that are easily crossed. WizTheMc is the future.